“Tamfam, thank you for giving us the space and grace to have a real conversation every day. Life is about the tough talks, but for me, more than anything else it’s about having an honest, fair, and open discussion where we can laugh, learn and find hope together,” said Tamron Hall. “Thank you to my Disney ABC team for proving we can still dream together, and to our terrific station partners. Also thanks to our many guests who have agreed it’s time to say ‘let’s talk about it.’”

“Tamron and our team aggressively came out of the starting block for a fantastic first month of our new season,” said William Burton, SVP, Syndication, Daytime, & Sports, ABC Entertainment. “From exclusive newsmaking interviews to compelling conversations, we look forward to the ‘Tamron Hall’ show remaining a daytime destination for viewers for years to come.”

“‘Tamron Hall’ provides a current and relevant platform for people to come tell their stories,” said Candi Carter, executive producer and showrunner. “I’m thrilled that now we’ll have more opportunities to tell great stories and be an exciting daytime destination.”

The show, hosted by Tamron Hall, who won the Daytime Emmy® Award for Outstanding Informative Talk Show Host for her inaugural season, continues to be a conversation starter. Since its second season premiere on September 14, “Tamron Hall’s” audience is averaging 1.2 million total viewers season to date, up 9% versus the same weeks a year ago. During premiere week, “Tamron Hall” ranked among the top five syndicated talk shows with total viewership.

So far in its sophomore season, “Tamron Hall” has had memorable headline-making moments and exclusive interviews, including with former Democratic rising star Andrew Gillum, in which the former Tallahassee mayor came out publicly as bisexual; former “Vanderpump Rules” cast member Stassi Schroeder who, for the first time since her firing, addressed her racially insensitive behavior; Marvel movie hero Chris Evans who reflected on his recent Instagram mishap; as well as in-depth and revealing conversations with Samuel L. Jackson, Melissa Etheridge, and reality star NeNe Leakes, among others. This season Tamron has also tackled hot-button and compelling topics, including a conversation about the racial divide between women of color and white women; why the debate over wearing masks rages on; and a powerful conversation on what it means to be non-binary.

From the deeply personal to the purely fun, “Tamron Hall” is a daily destination for viewers to connect with the people shaping our lives through ​meaningful, engaging, and entertaining conversations that help, heal, and inform in these uncertain times. Tamron Hall brings a refreshing, relatable, unpredictable, and unstoppable voice to television and to the daytime community – so let’s talk about it.

“Tamron Hall” is produced by Walt Disney Television and is distributed in national syndication by Disney Media Distribution. The show is executive produced by Hall and Candi Carter and Carter serves as showrunner. The show broadcasts from New York City and features a dynamic mix of live and taped shows. 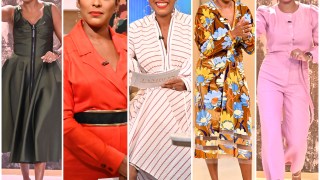 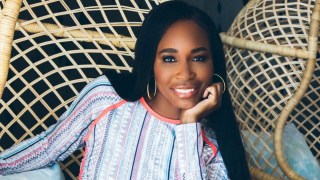 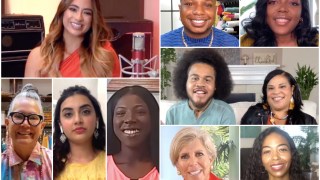 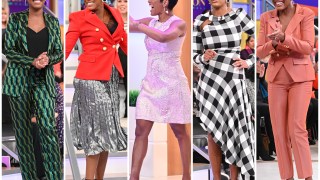 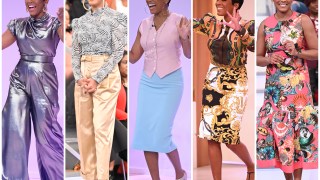