SEASON TWO PREMIERE OF ‘TAMRON HALL’ RETURNS SEPT. 14 WITH AN
EXCLUSIVE AND RIVETING INTERVIEW WITH ANDREW GILLUM WHO, JOINED BY HIS WIFE, R. JAI, WILL ADDRESS THE INFAMOUS NIGHT THAT UNRAVELED HIS RISING POLITICAL CAREER

Additional Premiere Week Highlights Include an Exclusive Interview With Former ‘Vanderpump Rules’ Star Stassi Schroeder; Award-Winning Actor Samuel L. Jackson and Wife LaTanya Richardson Jackson; Melissa Etheridge on the Tragic Death of Her Son; Actor Chris Evans and Filmmaker and Actor Mark Kassen; a Look at Why Back to School Is Anything but Normal; and Tamron’s Big FIVE-OH Birthday Celebration With DJ Jazzy Jeff!

On Monday, Sept. 14, Emmy® Award-winning talk show host, executive producer and journalist Tamron Hall returns to daytime for her sophomore season with a provocative and riveting hour-long exclusive interview with Andrew Gillum, a former rising superstar in the Democratic Party, whose hopes for a political future were derailed after a headline-making scandal this past spring. Gillum, who narrowly lost the 2018 gubernatorial run in Florida that would have made him the first Black governor of the nation’s largest swing state, will discuss his swift fall from grace, his rehabilitation experience in the face of adversity, and share what life looks like now. R. Jai will also join Hall during the hour to discuss the impact this has had on their marriage and their family and what the future holds.

On Tuesday, Sept. 15, Tamron is joined by award-winning actor Samuel L. Jackson and his wife, LaTanya Richardson Jackson, who serve as executive producers on the upcoming EPIX docu-series “Enslaved.” The project sheds new light on 400 years of human trafficking from Africa to the New World and explores Jackson’s personal journey from the U.S. to Gabon for his induction into his ancestral Benga tribe. Later, fellow Marvel movie hero Chris Evans and Golden Globe® and Emmy Award-nominated filmmaker, playwright and actor Mark Kassen join Tamron to discuss their recently launched, video-based civic engagement website “A Starting Point” and the details surrounding the fall launch of ASP Classroom, a digital platform and resource for schools to engage with elected officials, digital debates and virtual learning experiences. Plus, from teachers calling it quits to COVID-19 on college campuses, back to school is anything but normal this year.

On Wednesday, Sept. 16, DJ Jazzy Jeff hosts and DJs a very special celebration for Tamron’s 50th birthday and is joined by special guests and surprises.

On Thursday, Sept. 17, in an exclusive interview, Stassi Schroeder speaks for the first time after being let go from the hit Bravo series “Vanderpump Rules” – a result of her racially insensitive actions that resurfaced this past June. She will discuss how the incident and recently announced pregnancy have reshaped her perspective on work and life.

Friday, Sept. 18, brings fans up close and personal with singer/songwriter Melissa Etheridge who is speaking out on the tragic loss of her 21-year-old son, Beckett. Etheridge will discuss his personal struggle to overcome an addiction to opioids and how the performances she has been sharing with fans during the pandemic have been a source of hope, strength and healing for her and her family.

About “Tamron Hall”
Tamron Hall brings a refreshing, relatable, and unstoppable voice to the daytime community – talking to the people you are talking about. From the deeply personal to the purely fun, “Tamron Hall” is a daily destination for viewers to connect with the people shaping our lives through ​meaningful, engaging, and entertaining conversations. So, let’s talk about it.

Tamron Hall is an accomplished and award-winning journalist and in July won the Daytime Emmy® Award for Outstanding Informative Talk Show Host for her inaugural season. This marks the first time since the award’s inception in 2015 that a freshman host was the recipient of that honor. “Tamron Hall” is produced by Walt Disney Television and is distributed in national syndication by Disney Media Networks. The show is executive produced by Hall and Candi Carter and Carter serves as showrunner. The show broadcasts from New York City and features a dynamic mix of live and taped shows. 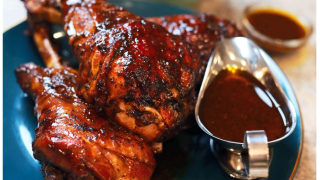 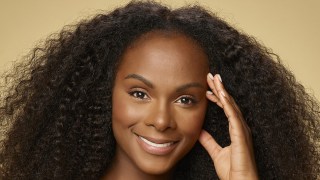 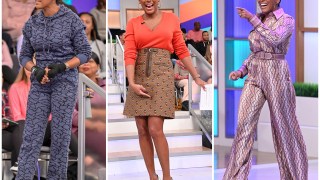 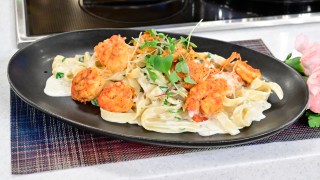 You Have to Try Charles Oakley’s Fettuccine Shrimp Alfredo! 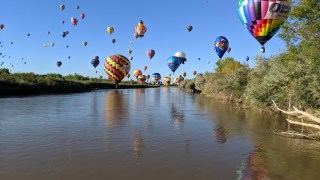 You are now leaving the Tamron Hall show website and going to a third party site operated by Warner Marketing. This third party site is not governed by the Tamron Hall or Walt Disney Company privacy policy, terms and conditions, return and exchange policies, or any other terms. Once you leave Tamron Hall website, collection of your data, processing of any orders and any other interactions between you and the site will be governed by the Warner Marketing terms, including privacy policy.

You are now leaving the Tamron Hall show website and going to a third party site operated by 40 Boxes Inc. This third party site is not governed by the Tamron Hall or Walt Disney Company privacy policy, terms and conditions, return and exchange policies, or any other terms. Once you leave Tamron Hall website, collection of your data, processing of any orders and any other interactions between you and the site will be governed by the 40 Boxes Inc. terms, including privacy policy.